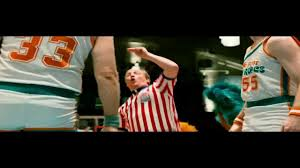 Boy of boy, what a night. Vladimir Guerrero Jr. put on a show for all of America in the 2019 Home Run Derby… but he didn’t win. Some will say the big boy got tired, but it really came down to the fact that Vladdy Jr. had to hit first for the final round. The curse of hitting first was alive last night for sure, but before we get into that let’s look at the prerequisite rounds.

In the first round Joc Pederson defeated Alex Bregman with 21 dingers to 16. Joc would go on to the semis and cause absolute pandemonium, but ultimately fall short. Vladdy Jr. would start his night breaking records with 29 dingers. The most in a single round (but that record would shortly be tied). He would defeat Matt Chapman, who was substituting for Christian Yelich (back), who would only hit 13 dingers; tied for lowest of the night. Ronald Acuna Jr. would have himself a round as well, racking up 25 dingers and advancing over Josh Bell who hit 18. Lastly Pete (Polar Bear) Alonso, rookie for the New York Mets, and only thing going for that pathetic franchise, would take down the home town hero Carlos Santana with a walk off score of 14 to 13. The semi finals to come would align all the stars, shake them up, and put them back in line, all in the matter of minutes.

Vladdy Jr. TIES his own record with another 29 dingers! Unbelievable! But wait, there’s more! Joc Pederson ain’t no chump, and he surely proved it here, cracking 29 dingers himself to tie the record and bring this baby to overtime. One minute on the clock for the batters and they BOTH hit 8 dingers. This ones going to a swing off, and apparently that wasn’t enough to decide it because both batters tied AGAIN with 1 dinger off three swings. One more round eh? That would prove to be the deciding factor. Vladdy Jr. would hit 2 dingers off three swings advancing over Joc Pederson who only hit 1 in the final swing off. The final total for that round would be 40 to 39! Oh I almost forgot. There were two more batters that faced off. Not AS exciting, but a very good round to say the least. Pete Alonso would take down Ronald Acuna Jr. with another walk off, winning 20 to 19. The finals would be a similar story.

The rookies rocking the derby! Vladdy Jr. vs. Pete Alonso. Two horrible franchises that just so happen to have two young studs who indeed hit dingers. Both the Blue Jays and Mets would really benefit if the Home Run Derby somehow helped their team records, but the prize is 1 million dollars to the winner and a pretty nice trophy if I do say so myself. Vladdy Jr. would go first and end up knocking 22 dingers out of the park. People said he was tired, and yes he’s a big boy who’s been cranking bombs all night so of course he was tired, but he still hit 22! That’s nothing to bat an eye at. It would just so happen that the bigger story of the night wasn’t moon fruit and laser homers, but rather walk off wins, because Pete Alonso would just so happen to hit 23 and stop right there. So there we have it. Alonso coasted all night and didn’t have to worry about ripping a million home runs, but rather just worry about hitting one more than his opponent. Anyways, it was a great showing by the two rookies. I have a feeling we are going to see a lot more out of these guys in the future. Oh, and for all those Mets fans, congrats on your world series!

This site uses Akismet to reduce spam. Learn how your comment data is processed.